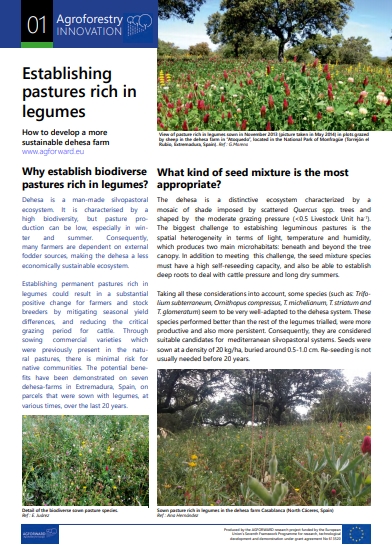 In Switzerland there are many traditional forms of agroforestry, such as traditional orchards, forest pastures and chestnut selvas. In total, almost 8% of the agricultural land use is still used for agroforestry. These traditional systems are silvopastoral systems. About 10 years ago farmers started to combine high stem fruit tress with arable crops as a measure against erosion. In the last years silvoarable systems with fruit and wild fruit trees for fruit and wood production were further developed in the arable farming area of Switzerland.

In 2011 the IG Agroforst was founded in the German-speaking Part of  Switzerland and in 2017 the Plateforme Agroforesterie Romande was founded in French-speaking Part of Switzerland. Today the two platforms have about 130 members from practice, consultancy and research. Various activities take place such as field tours, courses on agroforestry, annual conferences and regular newsletters.

The political framework conditions for the implementation of agroforestry are given with certain limitations. Agroforestry projects on practical farms can now be implemented within the framework of biodiversity promotion and landscape quality. Energy wood systems do not receive any contributions in Switzerland, as the demand for energy wood is covered by the forest. Valuable tree species such as oaks and lime trees don`t get any subsidy`s.

In addition to direct federal payments, the food group COOP is now promoting the establishment of agroforestry systems as part of its voluntary climate protection measures. They pay a Part of the planting material and the advise of the farmers.

In the future, agroforestry will be further promoted in the new agricultural policy after 2022. The Federal Office for Agriculture is currently drawing up proposals on how agroforestry can be anchored in various programmes of the Direct Payments Regulation.

In addition, under the direction of AGRIDEA and Bio Suisse as well as 3 cantons, a new "Agroforestry Resource Project" is currently being developed in western Switzerland.

Resource projects are part of an agricultural innovation programme. The focus is on supporting production technology, organisational and structural innovations that are demonstrably effective and whose testing in a region has an impact that goes beyond the project region.

TAKE A LOOK AT AGROFORESTRY in SWITZERLAND 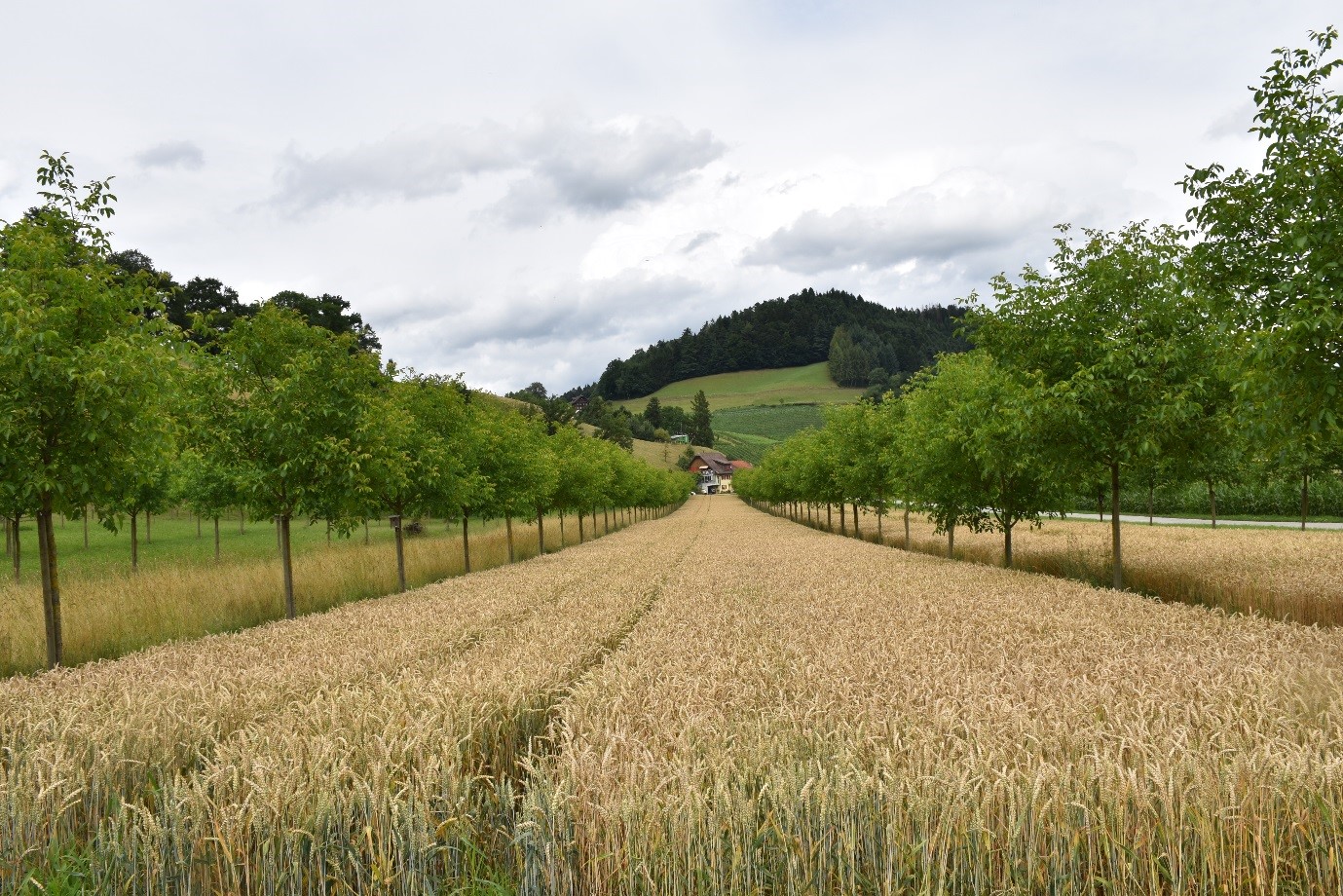 Grazing Mini-Ponys in a vineyard near Zurich 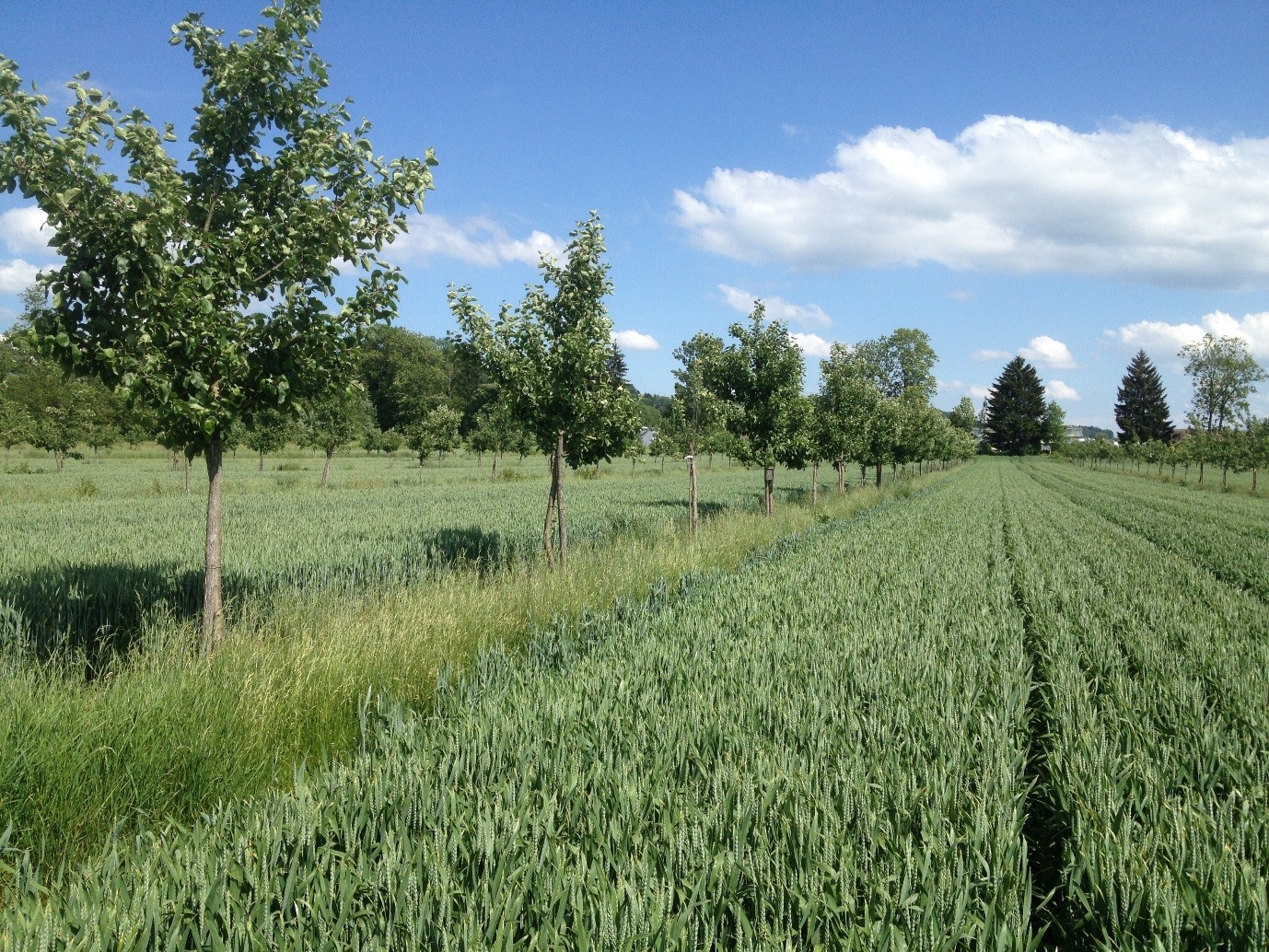