Wild asparagus in olive orchards - Get more income from your orchard 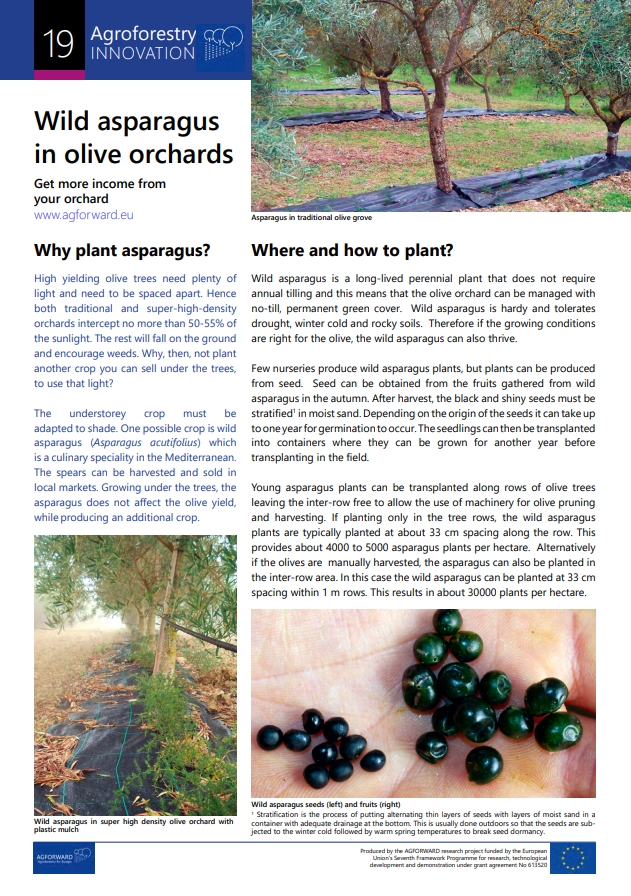 High yielding olive trees need plenty of light and need to be spaced apart. Hence both traditional and super-high-density orchards intercept no more than 50-55% of the sunlight. The rest will fall on the ground and encourage weeds. Why, then, not plant another crop you can sell under the trees, to use that light? 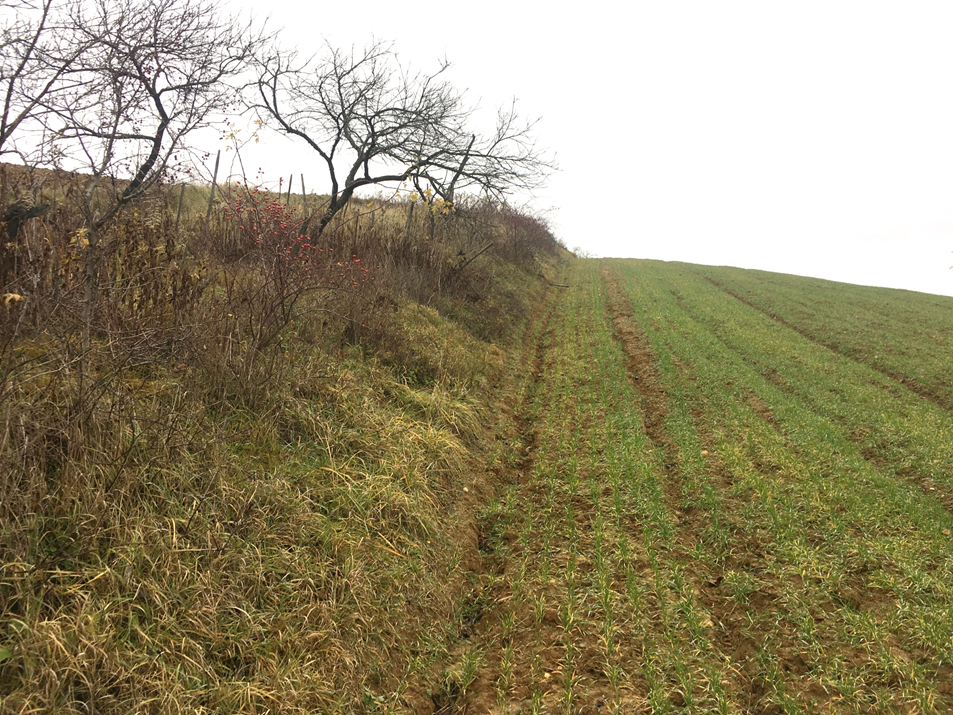 During the weekend 7-8th of March the Swedish national Agroforestry Association had its annual meeting and field visits to some agroforestry sites around Gothenburg. The activities were organized in collaboration with the Land Management Administration in the region Västra Götaland (Naturbruksförvaltningen Västra Götalandsregionen). About 30 participants joined and there were many interesting discussions!

The meeting took place at Angered farm, a farm that the Land Management Administration lease from the Real Estate Office of Gothenburg City. Teaching activities within the green sector have been going on at the farm since 2018. One of the subjects they teach is agroforestry. At Angered’s farm they engage in education as well as experimentation. On example of their experimentation activities is the three year project called “the Modell Garden” (“Modellodlingen”) in which they test the conditions for small scale commercial production of vegetables. A few months ago they also established an agroforestry system in close connection to the teaching facility.

After an introduction to the farm, organisation and education in agroforestry we were showed around the farm. On the farm two different agroforestry systems, a forest garden and a forest farming system. In the forest garden a mixture of apple, pear, hazel, walnut and cherry has been planted. The trees are grown for fruits and nuts as well as their wood (hazel, walnut and cherry). Robinia has also been planted for its nitrogen fixation. A discussion arose whether nitrogen fixing trees actually provides nitrogen in the system under our climatic conditions. This service has not been confirmed. In the forest farming system mushrooms are grown on logs of alder, maple and willow. The climate on the west coast of Sweden, where this farm is located, the weather is wet and relatively mild and the mushrooms can be harvested in a year. In the middle of Sweden it takes around four years to get any mushrooms, due to a slower development in the drier and colder climate. It is possible to get more than one harvest of the mushrooms if there is still some wood to decompose.

The second day we went to a forest gardener a bit outside of Gothenburg. This forest garden was established about 30 years ago and is probably the oldest forest garden in Sweden. The forest garden is established on a mountain where the natural vegetation is mixed forest and the soil is not very deep. Terraces have been built where trees and shrubs have been planted, and a wide range of plant species are grown here. More than just being an extreme place to grow trees and shrubs, what is grown is also a bit surprising. Among the plants one can find are the common species such as apple and pear but also pomegranate, figs and pawpaw. Asian pear is a favourite, producing well and has delicious fruits.