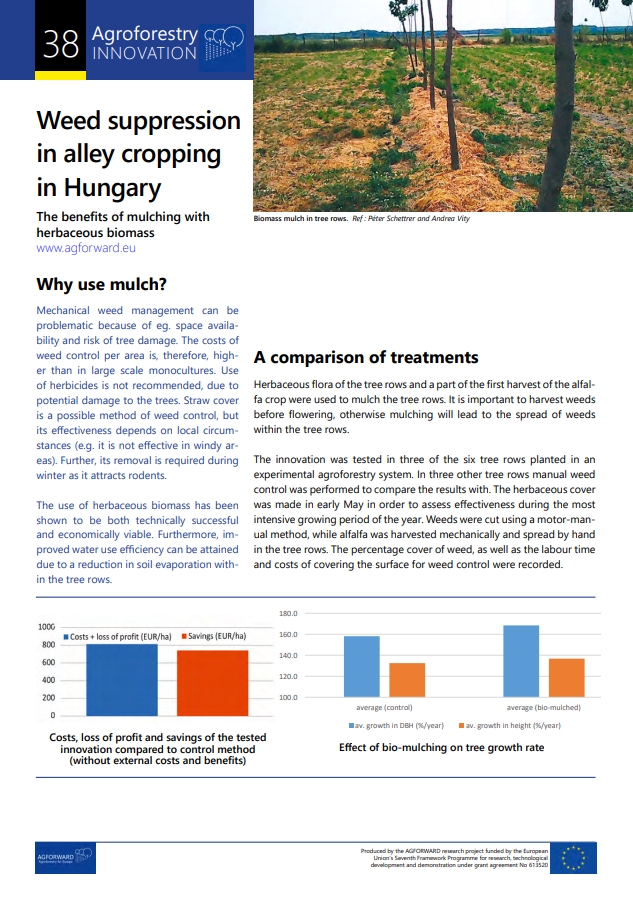 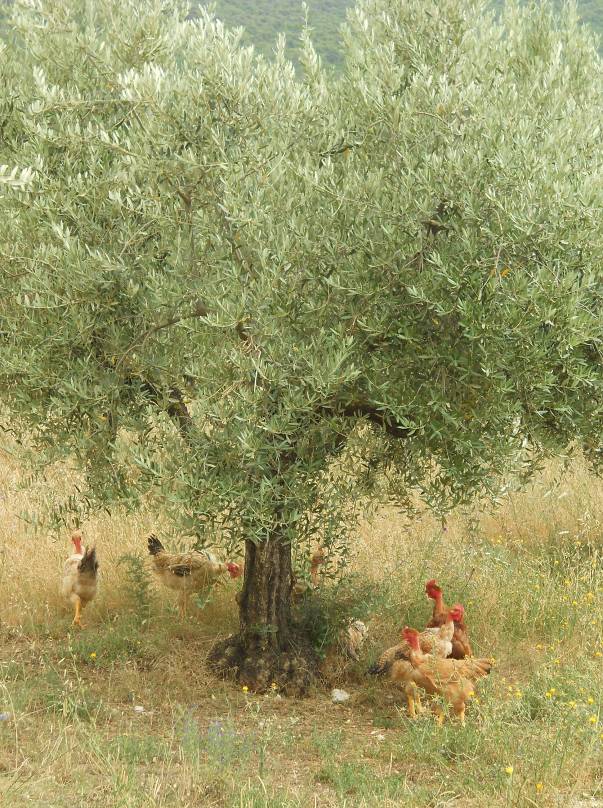 In October the Swedish agroforestry association, Agroforestry Sverige, arranged a three days workshop for its members and others interested in agroforestry. The workshop included both seminars and field trips, and covered the wide range of agroforestry systems we have in Sweden, from the household forest gardens to forest grazing and alley cropping systems on farm scale.

The first day was a seminar day. The first speaker, Christina Schaffer board member of the Swedish association, both active practitioner of agroforestry and researcher of these systems in Sweden, presented agroforestry in a Swedish context. The most common type of agroforestry system is regarding land use is forest grazing. At the moment, there is an emerging grassroot movement on practical, small scale and complex, edible forest gardening. These forest gardens in Sweden are on both private land as well as in public spaces as parks. The latter ones are mostly found in the bigger cities. There are also several examples of how forest gardens are used for educational purposes for kids. In Sweden there are also  a few examples of agroforestry systems on farm scale, 2 on alley cropping, but at the moment these systems are mainly demonstrations and test sites.

The second speaker, Maria Ernfors, presented a long-term experiment the Swedish University of Agricultural Science established in 2016-2017. Here they have different farming systems represented, and one of them is an alley cropping system, called the agroecological intensification-system. It is a site where researchers from any university can come and do experiments comparing the different systems. More information can be found here. The site was established in 2015, and one finding so far is that in the alley cropping system the abundance and biomass of earthworms were significantly higher than in conventional as well as organic systems, the later with the same crop rotation. The earthworm abundance and biomass was larger both in the rows of woody vegetation and in the field, which is ploughed in autumn.

The third speaker was Valters Kinna from Latvian Fund for Nature (LFN). He addressed the (re) emergence of agroforestry in Latvia. At LFN they started to work with agroforestry two years ago. One thing they have been doing is to map locations with different types of agroforestry systems. The systems they have focused on are grazed forests and wooded meadows. In total, they have discovered more than 4000 hectares, but expect to discover much more. There are also some farms working with niche products such as growing shitake mushrooms and ginseng under forest canopy. Valters Kinna also talked about some agroforestry research going on at Latvian State Forest Research Institute, which they collaborate with.

The fourth speaker was Kristoffer Rønn-Andersen from Regen Farmer, a Danish technology company with the aim to accelerate the transition to, and consolidation of, agroforestry on a global scale. They work with technology such as remote sensing, IoT, data analysis and parametric modelling. The long-term goal of the company is to develop solutions that support decision making in the transition towards agroforestry, from initial screening and assessment to final planning and implementation. For more information see.

The last speaker was Louise Ridderström from a local project called Drivbänk (“hot-bed”) in which they work with making people that are far from the labour market becoming employable. Their focus is on the green sector and the participants work with cultivation of crops (mainly vegetables) and flowers, processing, cooking and/or selling. The participants are Swedes as well as immigrants. The project has been a great success this far. The day ended with that Louise Ridderström showed the garden where they cultivate all crops and flowers.

On the second day the whole group went for a field trip. First to the farm Väversunda, located in Charlottenborg. The farmers, Tor Nyberg and Inger Bjurgård, have lived on the farm since 1997, and since then they have planted 8 hectares of forest garden; walnuts, hazelnuts, chestnuts, perennial herbs and some berries, such as raspberries. The farm has a unique location with very mild weather for its latitude and a south slope towards a big lake, making it possible to grow many different berries and nuts and they are experimenting a lot with varieties that are unusual for Sweden.

The second field visit went to a nature protection park, Omberg Ekopark, where they with the help of a local organic farmer  are trying to re-establish the traditional landscape with cows on pasture in oak forest. The re-establishment started in 2004 with removal of larch from the land. It took 4-5 years to get the grass re-established, and they are still working with getting the pastures in balance. The environment they are trying to re-establish, with the big old oak trees, is an important habitat for many insects. The area is also a much visited recreation area.

After lunch, Viktor Säfve from Åfallet’s forest garden held a lecture on the establishment of forest gardens. He is trying out different establishment techniques on his own farm and told about the pros and cons of different methods. This very practical lecture was a much appreciated by the workshop participants.

After the lecture some of the participants went to Särtshöga Vineyard where they grow both apples and grapes for wine, cider, ice-wine and fruit juice. The farmers, Niclas and Anna Albinsson, focus a lot on promoting biodiversity on the farm. For example by keeping the naturally grown willow on the farm as early season food for the pollinators, growing clover in their orchard and vineyard and putting up dens for wild bees.

The last day we visited Sara Furenhed and her husband Ambjörn Furenhed on their farm Harstorp 4. Sara and Ambjörn grow a wide range of vegetables, berries, fruits and nuts. They also have animals, which they consider a key component in the system, processing plants that are not used as human food, e.g. weeds, compost, and providing manure to the vegetables. The pigs are also used when making a new area of the grassland to vegetable land, and the cows are used to keep the traditional landscape. The products are sold through REKO, a social media based platform that match consumers directly with the food producers.

The workshop inspired many interesting discussions and ideas, both to own projects and to new activities through the organisation. Thanks to the participation of Danish and Latvian colleagues we have also extended our networks to reach outside of Sweden.